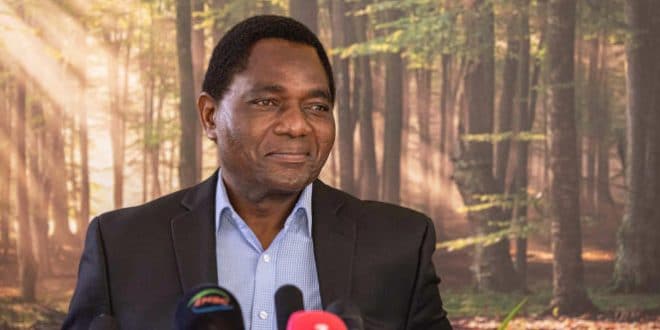 Zambian new President Hakainde Hichilema has changed the country’s army commanders and the head of the police. He announced new commanders of the Zambian army, the air force and the national service and their deputies, as well as a new inspector general of police.

President Hichilema said he was focusing on making the security forces more accountable to citizens.

Mr Hichilema said the new officials “must have the interest of the people at heart and serve the country diligently while ensuring human rights, freedoms and liberties are respected”.

Mr Hichilema, who has been arrested and detained several times in the past, said police must carry out appropriate checks before detaining suspects and that “no one should be arrested until investigations are completed”.