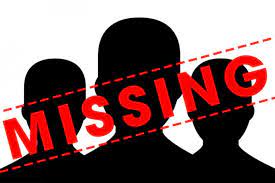 Ibrahim AMEDAHEVI 30 August 2021 Africa, In the news Leave a comment

In a statement marking the International Day of the Disappeared, the International Committee of the Red Cross (ICRC) said more than 44,000 people, 45% of them children, are currently declared missing across Africa.

About 82% of those missing are said to be from just seven countries with armed conflicts.

According to the ICRC, Nigeria has the largest number of missing persons in Africa. Some 24,000 people have been registered missing in the country.

Other countries with high numbers of disappeared people include Ethiopia, South Sudan, Somalia, Libya, the Democratic Republic of Congo and Cameroon.

“The African continent had seen a rise in the number of missing people in the past year as a result of armed conflicts and other forms of violence”, said the ICRC.

Restrictions due to the Covid-19 pandemic are hampering efforts to find victims and reunite them with their families but the ICRC says missing people are not forgotten.