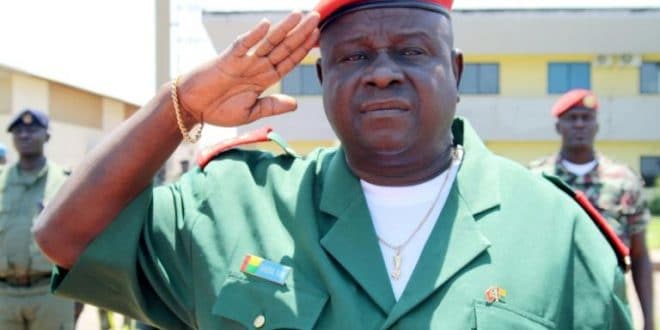 The former head of the Guinean-Bissau army will not be handed over to the United States where he is wanted for alleged drug trafficking offenses. The announcement was made by Bissau-Guinean President Umaro Sissoco Embaló.

Last week, the US authorities announced a $5m bounty for information leading to the arrest of Antonio Indjai.

“No Guinean citizen will be brought to justice in another country,” the AFP news agency quotes the president as saying.

“The general could move around as he pleased”, he added.

In 2013, Gen Indjai has been accused by US of plotting to traffic cocaine and sell weapons to Colombian rebels.

The US state department says he has been subjected to a UN travel ban since May 2012 because of his participation in a coup that year.