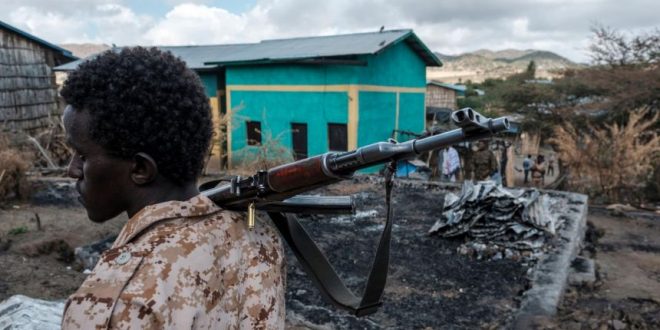 Ethiopia: five members of the same family killed in an attack

At least five members of a single family including a child are known to be killed by heavy artillery in Debretabor town in Ethiopia’s Amhara state, BBC News reports.

“A father and a neighbour’s child who was there during the attack were injured,” Kelemework Mihrete said of the Thursday attack.

The rebel group did not comment on the allegation.

There is however concern that the war, which has already killed thousands and displaced hundreds of thousands, will intensify as the government prepares to reverse its losses.