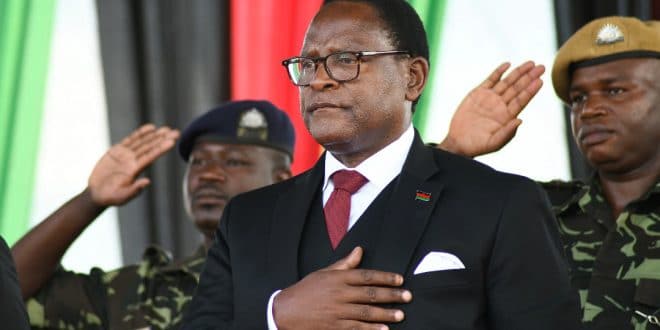 Malawi’s President Lazarus Chakwera has sacked the energy minister and his chief of staff who are facing corruption charges.

The two and one other official, Enock Chihana, a partner in the governing Tonse Alliance were arrested on Monday for their alleged involvement in a state oil contract.

They were reportedly trying to influence the way that contracts for the supply of oil were awarded.

Minister Newton Kambala was not replaced upon his dismissal.

The functions of the energy ministry have been transferred to the president’s office.

Mr Chihana commented about the probe saying taking to the anti-corruption bureau was a normal process and an opportunity to clear is name.