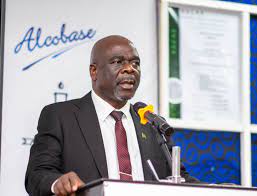 Malawi’s Energy Minister Newton Kambala has been arrested for allegedly trying to influence the way that contracts for the supply of oil were awarded, the country’s Anti-Corruption Bureau (ACB) has said in a brief statement.

Two others, the president of the of Alliance for Democracy party, Enoch Chihana, and a presidential adviser, Chris Chaima Banda, have also been detained.

The ACB allege that the two men aided the minister “when he attempted to influence the award of the contract to supply 40,000 metric tons of fuel”.

Enoch Chihana wrote on his Facebook page that talking to the ACB was “a normal legal process and for me it is an opportunity to clear my name of any wrongdoing”.

The other two men have not commented.