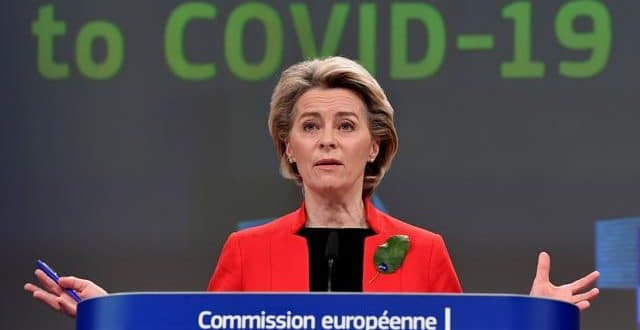 The European Union may get more restrictive in exporting COVID-19 vaccines to safeguard essential jabs for its own citizens facing a third wave of the pandemic, the head of the bloc’s executive said on Wednesday.

Ursula von der Leyen’s announcement risks escalating tensions with the United Kingdom and the Unites Stated over their restrictive approach deliveries of vaccines to the 27-nation bloc.

She spoke as six EU countries complained to Brussels about reduced deliveries that are hampering the bloc’s already troubled inoculation campaign and could stall plans to restart travel this summer and support the battered tourism sector.

The EU faces an acute shortage of COVID-19 jabs due to reduced deliveries by AstraZeneca.

EU countries will be under pressure to agree a common position swiftly for their 450 million people. The task is further complicated by uncertainty over whether those inoculated can transmit the virus, and public scepticism about vaccines.