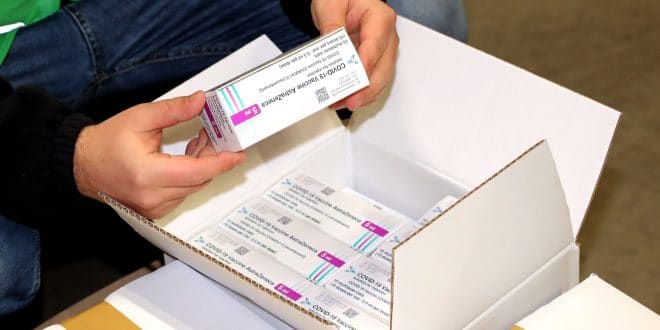 As reported by BBC News, Vaccine safety experts from the World Health Organization (WHO) are meeting on Tuesday to review the Oxford-AstraZeneca jab, after several European countries halted their rollouts.

There have been a number of cases in Europe of blood clots reported after the vaccine was administered.

The UK medicines regulator and the WHO say there is no evidence of a link.

The European Medicines Agency (EMA), the European Union’s medicines regulator is also meeting on Tuesday. It is expected to issue its decision on the continued use of the Oxford-AstraZeneca vaccine on Thursday.

About 17 million people in the EU and the UK have received a dose of the vaccine, with fewer than 40 cases of blood clots reported as of last week, AstraZeneca said.

11 European countries including Germany, France, Italy and Spain have temporarily suspended the use of the vaccine for fear that there is a link between the vaccine and blood clots.

Belgium, Poland, the Czech Republic and Ukraine, however, said they would continue to administer the AstraZeneca vaccine.