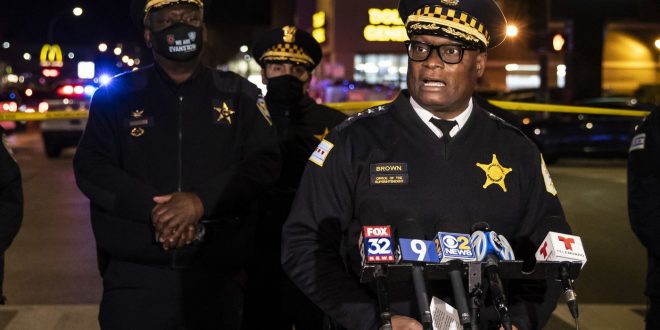 At least 2 dead and 13 injured in Chicago shooting

At least 13 people were shot and wounded, and two of them died, during an impromptu party in a Chicago garage, police quoted by local media reported on Sunday.

“One of the participants started shooting in the room, hitting many people,” Jose Jara, of the Chicago Police Department, told the Chicago Tribune newspaper.

“Four weapons were found on the spot (…). Several of the witnesses, injured, are still in the operating room,” said David Brown, the Chicago police chief.

The firefighters of the metropolis have confirmed the provisional toll of two deaths on their Twitter account.

Chicago, the third largest city in the United States, is plagued by crime, and guns abound.