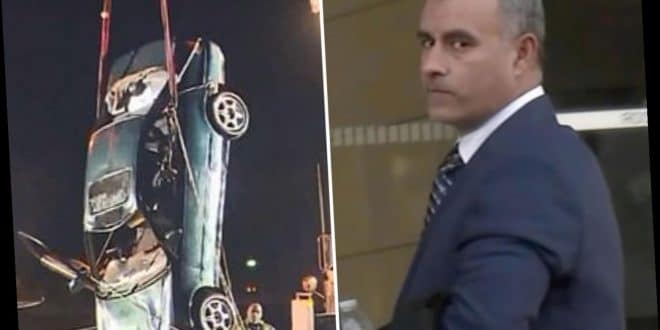 Man sentenced to life in US for drowning his autistic children

A California resident was sentenced Thursday to 212 years in prison after killing his two autistic sons, who drowned when he deliberately threw the family car off a pier in the port of Los Angeles in an attempt to collect money from insurance.

This federal conviction relates only to the series of financial crimes linked to his actions but Ali Elmezayen, 45, is still being prosecuted, at the local level this time, for the murders themselves.

The prosecutor’s office is convinced that Ali Elmezayen, 45, had long prepared this murder, where he deliberately threw the family car off a pier in the port of Los Angeles.

From July 2012 to March 2013, Ali Elmezayen had taken out insurance on the life of his family from eight different companies, for a total amount exceeding three million dollars. He paid $ 6,000 a year in bonuses while declaring annual income below $ 30,000 to the tax authorities.

Judge John F. Walter sentenced Ali Elmezayen to the maximum sentence prescribed by law, stressing in his judgment the “diabolical schemes” and “the vicious and ruthless nature of his crimes”.

Read also: HRW calls for investigation into Jammeh’s role in murder of migrants

“He is the ultimate impostor and liar (…) His only regret is to have been caught”, continued the judge, who ordered this “greedy killer” to return to the insurance companies the sums collected .