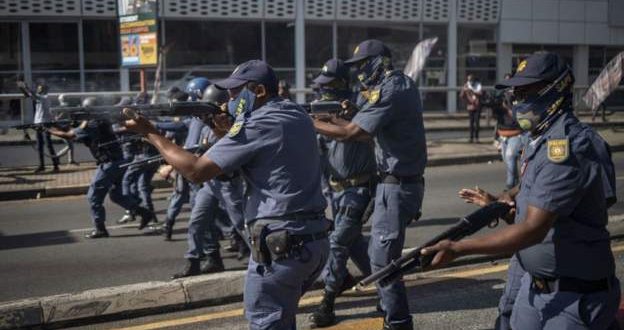 The minister said “someone went crazy” during the protest in Johannesburg leading to the shooting.

The victim, identified as Mthokozisi Ntumba, was shot while coming out of a clinic and died at the scene, according to media reports.

Mr Cele visited the victim’s family on Thursday and said the police watchdog had started an investigation.

“He’s a young man, even I saw his photo. He was working for the department of human settlement and had just gained his Masters degree. He’s a father of three, he’s got a very young wife,” he told journalists.

“It’s a sad situation to look at, it’s something that you can’t really even be able to live with as a human being.”

The minister also said accusations of police excesses when dealing with black populations were “becoming difficult to defend”.