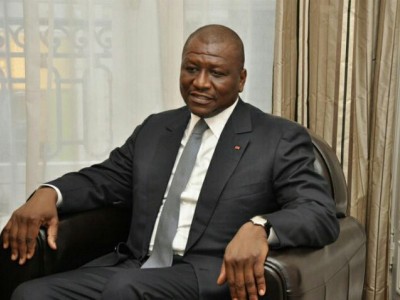 Ivorian Prime Minister Hamed Bakayoko is no longer. He died on Wednesday March 10, 2021, after two weeks of hospitalization abroad, according to LSi Africa.

Emergency evacuated in France on February 18, 2021 for medical examinations, then transferred to Germany this week to continue his medical treatment, the Ivorian prime minister went from life to death on Wednesday March 10, 2021. Hamed Bakayoko, 56, who tested positive for covid-19, was the right-hand man of President Alassane Ouattara. The head of the Prime Minister’s office was until his death, Ivorian Minister of Defense.

His death will not only plunge the Ivorian people into mourning, but will also undoubtedly raise questions about the wave of deaths recorded by the regime of Alassane Ouattara. Indeed, at least three ministers of this regime have already lost their lives.