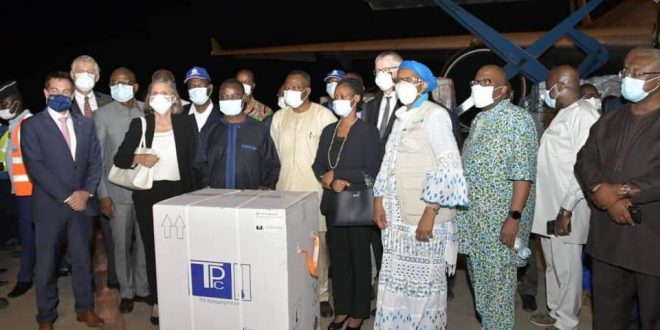 Togo is now among the first African countries to have received the first batch of vaccines from the COVAX Facility, a UN-backed initiative to ensure poorer nations acquire the doses.

For the Togolese authorities, the arrival of the vaccine is a big step in the fight against the Covid-19 pandemic.

“The Togolese government fully salutes the arrival of this first batch of vaccine from the COVAX initiative which constitutes an important step in the fight against Covid-19 in Togo under the leadership of the Head of State”, said an official statement.

It is indicated that this first batch of vaccine will be administered to health workers and part of the population aged 50 and over residing in Lomé.

The vaccination therefore starts on March 10 and the government invites these two targets to go to the sites whose list will be communicated later to be vaccinated.