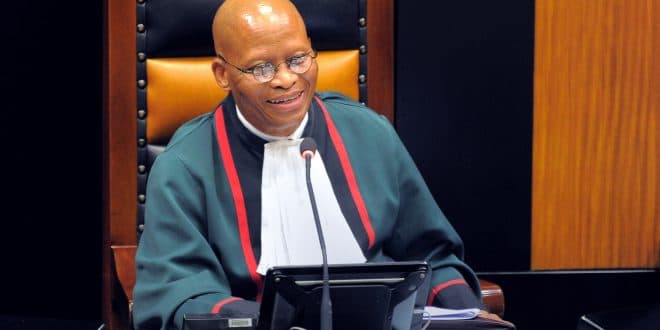 South Africa’s Judicial Conduct Committee has ordered the chief justice to apologise and retract his comments that showed support for Israel.

Chief Justice Mogoeng Mogoeng made the remarks in June last year during a webinar which was hosted by The Jerusalem Post newspaper, according to local media.

Africa 4 Palestine, a pro-Palestine organisation, was among three groups that filed a complaint with South Africa’s Judicial Conduct Committee, saying the comments contravened the code of judicial conduct.

The committee ruled on Thursday that Justice Mogoeng must apologise within 10 days and even gave the wording to be used.

Read also: Seychelles to open up to all tourists from 25 March

In a statement, Africa 4 Palestine said the decision “affirms that no one is above the law and we hope that it sets the standard for future judicial conduct”.