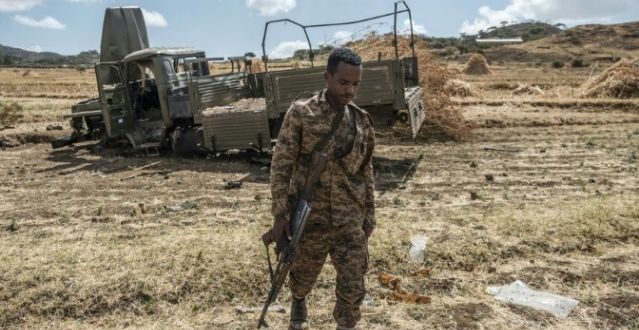 Rights group calls for investigation into war crimes in Tigray

Human Rights Watch has added its voice to calls for an urgent United Nations-backed inquiry into alleged war crimes and crimes against humanity in the Ethiopian region of Tigray.

The lobby group accuses Ethiopian and Eritrean forces of indiscriminately shelling the city of Aksum in November.

Eritrea has previously dismissed the allegations. Ethiopia’s Human Rights Commissions says they should be taken seriously.

On Thursday, the UN Security Council failed to agree on a joint statement on the conflict in Tigray.