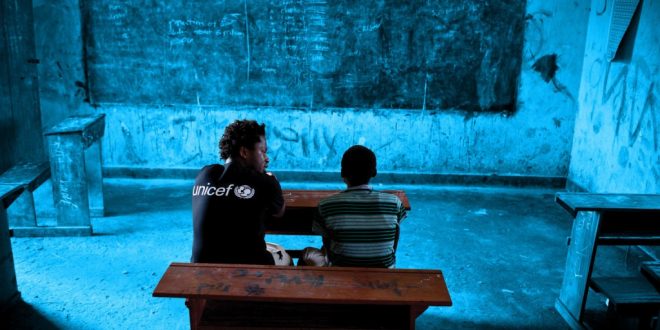 UNICEF calls on all governments to reopen schools

UNICEF on Tuesday unveiled a “pandemic classroom” at the United Nations headquarters in New York. It is a way for the organization to draw attention to the need for governments to prioritize the reopening of schools.

Around 214 million children worldwide, or 1 in 7, have missed more than three-quarters of their face-to-face schooling. This is revealed Tuesday, March 2, Robert Jenkins, head of UNICEF.

“What we have learned from these prolonged school closures is the impact on vulnerable and marginalized children. That’s why we are calling on all governments to open schools now. Schools should open as a priority in the reopening process, and take all necessary measures to do so safely, and provide support to children ”

UNICEF reveals that these closures have further increased inequalities. The most vulnerable and those who cannot access distance education are at greater risk of never returning to school, and of being forced into marriage or having to work.

“We have seen in previous pandemics like Ebola in West Africa, prolonged school closures have increased significantly, the rate of teenage pregnancies and sexual violence,” the organization adds.