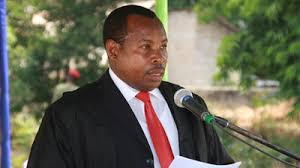 Zanzibar has now a new Vice-president

The new vice-president of Tanzania’s semi-autonomous islands of Zanzibar has been sworn in less than two weeks after his predecessor died.

Othman Masoud Othman Sharif replaces Seif Sharif Hamad who died on February 17 at the age of 77.

No official reason has been given for his death but it came nearly three weeks after his party said he had contracted Covid-19.

Mr Masoud has previously served in senior positions in Zanzibar government, including as attorney-general.

His swearing-in ceremony at State House in Zanzibar was posted on YouTube: