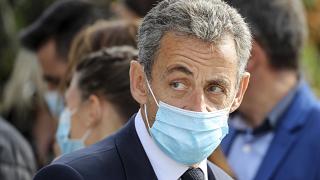 A French court found former President Nicolas Sarkozy guilty on Monday of trying to bribe a judge and influence peddling, making him the second head of state in modern-day France to be convicted of corruption.

Sarkozy, 66, was found guilty of trying to bribe a magistrate, Gilbert Azibert, by offering a prestigious job in Monaco in return for information about a criminal inquiry into his political party.

Sarkozy’s ex-lawyer Thierry Herzog and Azibert got the same sentence.

In the ruling, the judge said Sarkozy could serve house arrest with an electronic tag. The ex-president is expected to appeal.

Sarkozy is also due to go on trial in a separate case, from 17 March to 15 April, which relates to the so-called Bygmalion affair. Sarkozy is accused of having fraudulently overspent in his 2012 presidential campaign. He had served as president since 2007 but his 2012 re-election bid was unsuccessful.

Nonetheless, he remains popular in right-wing circles, a year away from a presidential election.