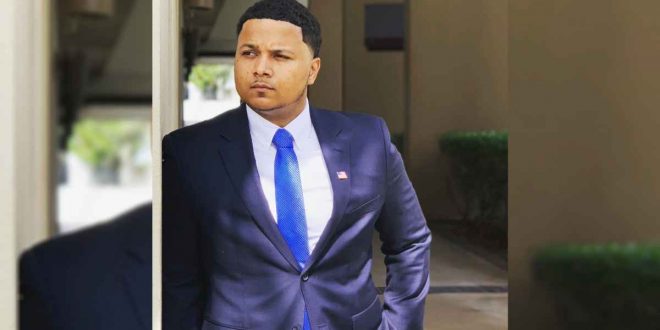 His history is particularly astonishing. Figgers was abandoned as a baby next to garbage cans in the Florida countryside. Freddie Figgers currently runs a company worth $ 62 million.

A passerby found him alone and in distress and called the police. The child was hospitalized with minor injuries for two days and then placed with a foster family. The couple who took her in, Nathan and Betty Figgers, lived near Quincy, Florida, and already had a daughter.

A few years later the difficulties begin at school. “The kids were laughing at me, they called me ‘trash baby’, they said ‘nobody loves you… you are dirty. I remember the time when I got off the school bus and the kids grab me and throw me in the trash making fun of me… It got to the point where my dad had to wait for me at the bus stop and take me home. And the kids intimidated me even more, teasing him, “Ha ha! Look at this old man with the cane, ” Figgers tells the BBC.

His life took a turn at the age of 9 when his father paid $ 25 for a broken 1989 Macintosh computer at a thrift store. Nathan Figgers, who was a maintenance worker at Florida State University, brought the computer home and put it on the kitchen table for his son to tinker with.

“He thought a computer could help me stay out of trouble,” Figgers said. His father was right. Figgers has taken it apart and reassembled several times. He figured out he could turn it on by installing components he found in an old radio that belonged to his father.

He was so good at tinkering with computers that at the age of 13, the town of Quincy hired him to help fix his computers. At the age of 15, he started his first business, Figgers Computers, repairing computers in his parents’ living room and helping customers store their data on the servers he created.

After building his own cloud database, he decided to quit college. “I wouldn’t recommend my path to everyone… But it worked for me. When I was 17, I had 150 clients who needed websites and storage for their files. I just kept building from there “ the talented man told the Washington Post.