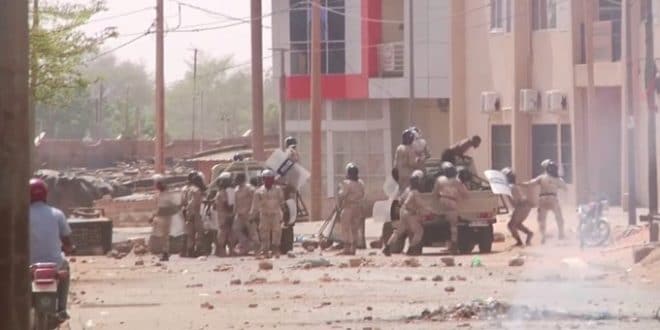 At least two dead in electoral protests in Niger

Alkache Alhada the Nigerien Interior Minister , told reporters on Thursday that lives were lost and hundreds arrested in the unrest that arose in the country.

The violence occurred after the announcement of the results of the presidential election in which Mohamed Bazoum was declared the winner with 55,75 of the vote. The main opposition candidate Mahamane Ousmane who garnered 44.25%, decried fraud.

Hama Amadou is believed to be responsible for the electoral chaos.

« Of the demonstrations that took place, obviously there was a toll. Unfortunately, there were two deaths. There was also damage and destruction of public and private infrastructure. One of yours, the journalist Moussa Kaka, his house was set on fire. »

« A number of them have been arrested. We are at 468 arrests, including certain politicians. And the main person responsible (opposition figure Hama Amadou), is being sought, but as is typical, he is on the run « , he continues.