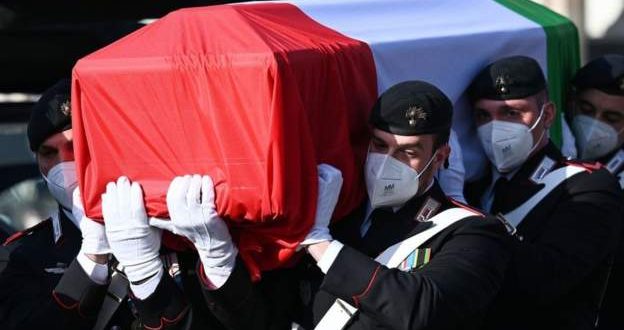 In Rome, the national funeral of Luca Attanasio, the Italian Ambassador to the Democratic Republic of the Congo, took place.

Luca Attanasio, his Italian police bodyguard, Vittorio Iacovacci and a Congolese driver, Mustapha Milambo, were killed on Monday when the UN convoy they were travelling in was ambushed in the volatile east of the DR Congo.

The Italian Prime Minister Mario Draghi was among the mourners at the funeral service at Santa Maria Degli Angeli church.

The Congolese government has blamed a Rwandan Hutu rebel group, the FDLR who denied the allegation.