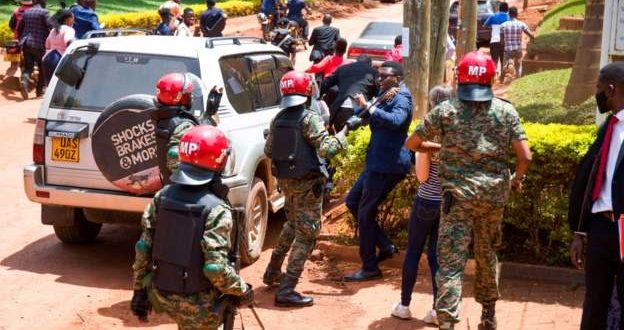 The chief of the Ugandan army apologises for beating reporters

Gen David Muhoozi, Uganda’s army chief says the beating of journalists by military was neither sanctioned nor justified, and promise the army would pay their medical bills.

The incident occurred outside the UN Human Rights office where the opposition MP and musician Bobi Wine was delivering a petition over human rights abuses.

Six journalists were injured after being beaten with sticks.

In a media briefing at the army headquarters, Gen Muhoozi said the public would be informed of the action taken against the soldiers.