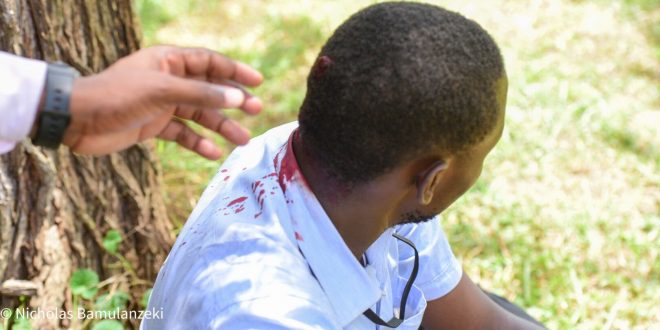 The security forces in Uganda have injured several journalists who were reporting on pop star-turned politician Bobi Wine delivering a petition to the UN highlighting human rights abuses in the country.

Eyewitnesses said soldiers arrived in trucks outside the UN Human Rights Office in the capital, Kampala, and started beating the journalists with batons.

One journalist tweeted photos from the scene, showing one colleague with blood pouring from a head wound.

There is growing concern in Uganda over the fate of many opposition supporters who are missing.

Others who were arrested have said they were tortured.

President Yoweri Museveni recently said 300 people had been detained for rioting and other criminal acts.

A private TV channel also tweeted footage of the journalists running from officers: