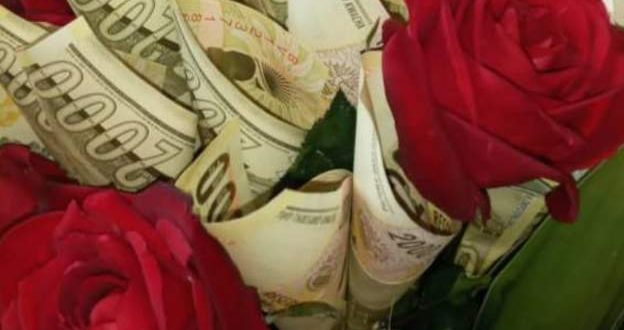 Photos of the roses wrapped in 2,000 kwacha notes worth about $2.60 or £1.90 went viral on WhatsApp groups in the southern African country on Sunday.

The bank has previously said it is costly to replace worn out ones.

Police say that those arrested in Blantyre stand accused of the “unlawful use of currency” and may be liable for a fine of up to 5bn kwacha ($6.4m, £4.6m) if found guilty.

All four have pleaded their innocence.