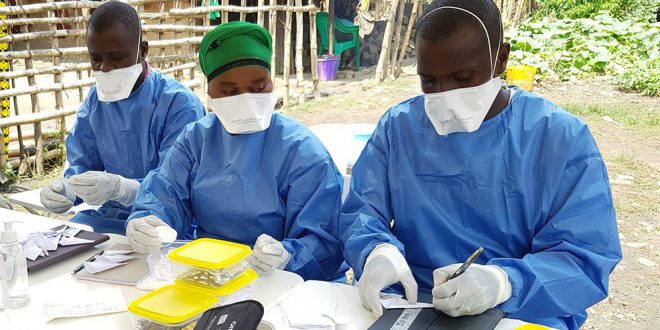 An emergency stockpile of 8,000 Ebola vaccines kept in reserve in the Democratic Republic of Congo is being used to fight a resurgence of the disease that began earlier this month.

The first people to be vaccinated were health workers at Matanda health centre, where the first Ebola patient was treated.

They were given the single-dose vaccine rVSV-ZEBOV better known as Ervebo.

After the death of the first patient on February 3, three other contact cases tested positive, including a health care worker.

Thousands of miles away in Guinea, a separate resurgence of Ebola has been recorded in recent days by the country’s health ministry.

Three people have died in Guinea and four others reportedly have symptoms.