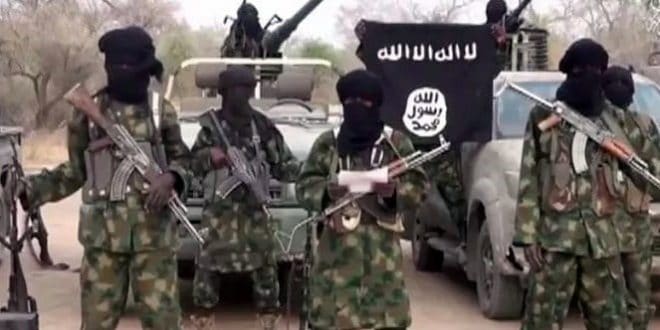 Members of the dreaded Boko Haram terrorist group on Tuesday night abducted three customs officers and carted away foodstuff and medicines during an attack on Geidam in Yobe State.

Idris Modu Geidam, a resident of Geidam town told Daily Post that Boko Haram left them empty as they looted their food items and took away their means of livelihoods.

He stated that the insurgents came from the Maine Sorowa road in the northern part of the town and started shooting sporadically as everyone fled to avoid being killed.

Maine Sorowa is on the Nigeria-Niger Republic border and is about 45km from Geidam town. Geidam is about 182 km away from Damaturu, the Yobe State capital in the northeast Nigeria where the fight between the troops and Boko Haram is in its 11th year.

Residents also stated that the insurgents abducted three officers of the Nigerian Customs Service, who had just been transferred from the Bauchi command.

Security sources said they took away the officers after driving into the town through the Geidam-Maine–Sorowa road.

The officers were stationed at a checkpoint on the road when the insurgents made an inroad for the fourth time to try to take control of Geidam town.

Read more: UK’s mutating variant a concern as it might undermine vaccines

The group has caused over 30,000 deaths and displaced millions of individuals, mainly in Adamawa, Borno and Yobe states.

The terror group wants an Islamic caliphate in northern Nigeria.