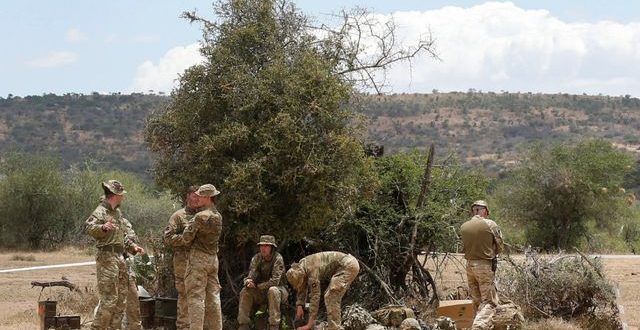 In a British military training camp in Kenya, the number of positive Covid-19 cases has risen from 4 to 11, amid concerns from locals about its spread.

The British army says all soldiers who arrived at Nanyuki base last month were still in isolation.

An army spokesman says 320 military staff since been placed in quarantine.

A Kenyan employee at the Nanyuki base said they were informed to remain at home over the weekend following the confirmation of several cases in the base.

He also said that Kenyan staff had not been close to the new arrivals from the UK, but that some local staff had been temporarily hired to work at the base in the meantime.

The army says all operations at the camp follow strict Covid safety measures.

The main concern from the workers is the possible stigma from locals in the area, north of Nairobi, who they say are now eyeing them suspiciously after the announced outbreak.

Last year the British Army camp shut down for over three months following the worldwide outbreak, and only reopened last month.

Employees have been assured they will get their pay.