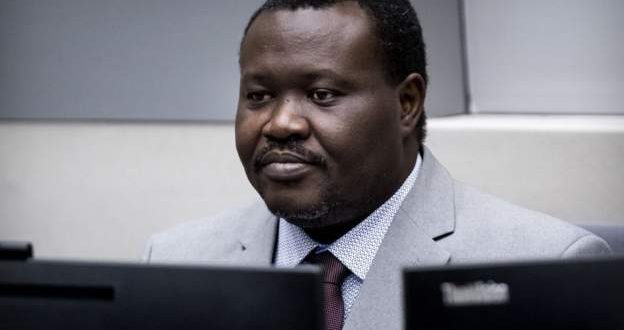 The trial of two Central African Republic (CAR) rebel leaders, scheduled to open at the International Criminal Court (ICC) on Tuesday, has been postponed to February 16.

Alfred Yékatom and Patrice-Edouard Ngaïssona face 21 and 32 counts of war crimes and crimes against humanity respectively.

The alleged crimes include intentionally directing an attack against civilian population. They will be tried jointly as the charges relate to the same attacks.

Mr Ngaïssona has previously denied all the charges.

The CAR was plunged into turmoil in 2013 when predominately Muslim rebels from the Seleka group seized power in the majority Christian country.

A band of mostly Christian militias, called the anti-Balaka, rose up to counter the Seleka after President François Bozizé was ousted.

Thousands died in subsequent clashes and the United Nations (UN) said more than a million people were forced to flee their homes.

Mr Ngaïssona was the self-declared political coordinator of anti-Balaka forces.

In this role, the ICC says he committed war crimes and crimes against humanity including murder, torture and the recruitment of child soldiers.

The trial of Mr Ngaïssona and Mr Yékatom will start weeks after the CAR handed over Mahamat Said Abdel Kani, a leader of the Seleka faction, to the ICC over alleged crimes committed in the capital, Bangui, in 2013.