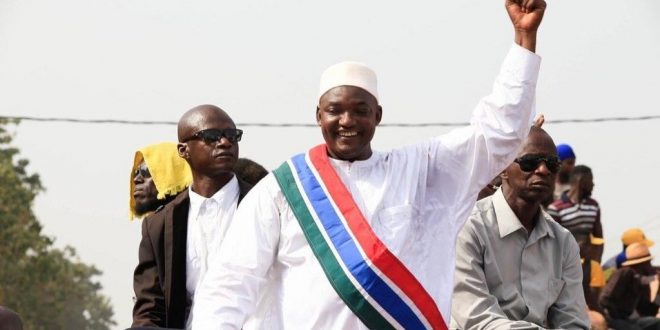 In a televised broadcast of a meeting that saw a large crowd of delegates and supporters gathered at the Independence Stadium in Bakau, the 55-year-old politician said the NPP “is the party of all categories, based on the notion of true democratic and patriotic citizenship.”

Backed by a coalition of seven opposition parties, Adama Barrow won the December 2016 presidential election and ended the 22 year-long regime of President Yahya Jammeh who had been forced into exile under the pressure of a West African military intervention, after refusing to admit defeat.

President Barrow has now been at the head of the smallest country on the African continent since January 2017.