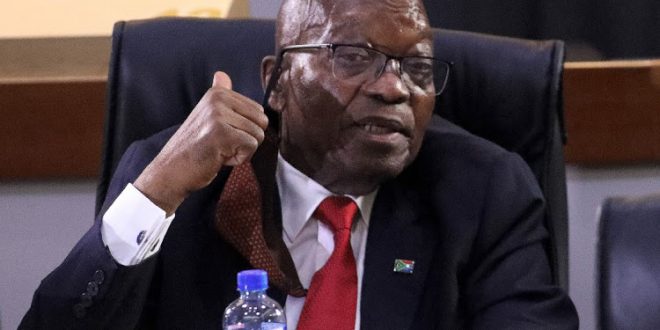 South African ex-president Jacob Zuma said he will no longer appear before a commission investigating corruption during his presidency, defying last week’s order by the Constitutional Court.

The scandal revolves around allegations that the wealthy Gupta family, who are close friends of the former president, used their relationship to unfairly secure millions worth of dollars of government contracts.

It is also alleged that they were able to influence political decisions, including the naming of ministers.

The former president and the Gupta family deny any wrongdoing.

Mr Zuma has previously said that the inquiry is biased against him and denied any wrongdoing.

In a statement on Monday, the former president said he was “being singled out for different and special treatment by the judiciary and the legal system”:

“I had never imagined that there would come a time when a democratic government in South Africa built on constitutional values would behave exactly like the apartheid government in creating legal processes designed to target specific individuals in society.”

Accusations of corruption have dogged Mr Zuma’s presidency before he was forced to step down in February 2018.