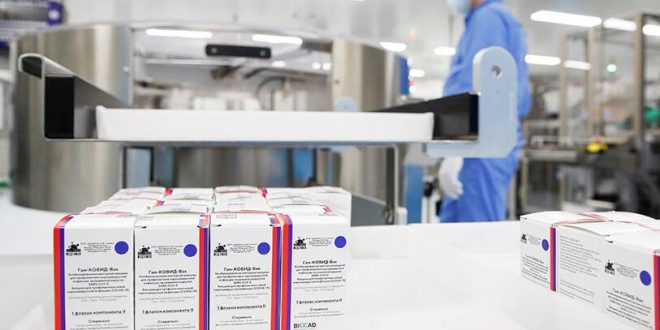 Algeria is negociating with Russia to make its Sputnik V vaccine

Algerian authorities have begun discussions to made Russia’s Sputnik V Covid-19 vaccine in the country.

“The two parties agreed to start contacts between the relevant bodies with a view to build cooperation in the field of making the Sputnik V vaccine in Algeria,” said a statement from Prime Minister Abdelaziz Djerad after he met Russian ambassador to Algiers Igor Baliaev.

The government did not give a manufacturing timeline, nor did it specify the quantities of doses to be produced.

Algeria received its first 500,000 doses of Sputnik V on Friday last week and started a vaccination campaign on Saturday in the province of Blida.

According to the Communication Minister Ammar Belhimer, the authorities are expecting a second shipment of China’s Sinopharm vaccine “in the coming days”.

An AstraZeneca-Oxford vaccine shipment that was ordered by the government would be delivered next month, according to the minister.

The Algerian government had announced a budget of €122m to secure vaccines and to immunise the population of 40 million.

Meanwhile, President Abdelamdjid Tebboune is being treated in Germany for a Covid-19 complication.