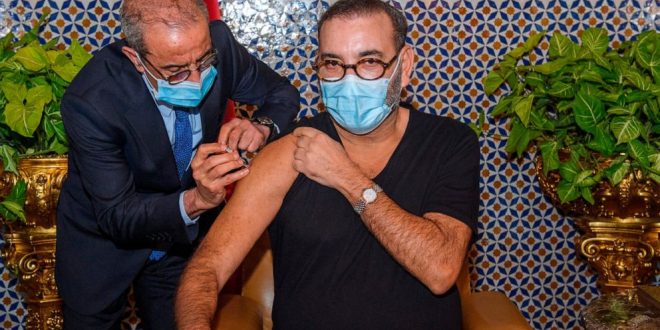 Morocco’s King Mohammed VI has launched the country’s nationwide coronavirus vaccine campaign, getting his injection at the at the royal palace in the city of Fez.

The palace released pictures showing the monarch, wearing a face mask, being jabbed in the arm on Thursday.

According to a government statement, vaccines will be free for all Moroccan citizens and foreigners living in the North Africa kingdom.

The campaign will take place gradually and target people aged between 17 and 75 years.

“This will make it possible to achieve the expected levels of collective immunisation and protect the population against this pandemic,” the statement said.

Morocco has one of the highest coronavirus infection rates in African and has confirmed 469,139 cases with 8,224 deaths since the pandemic began.