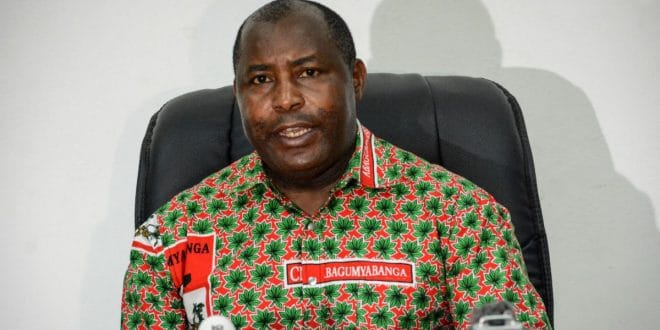 Burundi’s President Evariste Ndayishimiye has asked the country’s media council to “immediately discuss with media who’ve been suspended or banned in the country” so that they may reopen.

Among such media is the BBC World Service, which was banned from broadcasting in, and working from, Burundi since March 2019. The Voice of America was also suspended from then.

The president met media leaders and experts on Thursday in the economic capital Bujumbura.

Mr Ndayishimiye promised to end wrangles between the government and media sector, and said he wanted “a fresh start with the sector towards the country’s development”.

Some local media premises accused of backing the 2015 coup attempt were burned and destroyed in its wake, and subsequently banned or suspended.

These include two FM broadcasters and one TV station, which are now operating from neighbouring Rwanda.

It’s not clear whether these will also be allowed to engage in the talks about resuming activities.