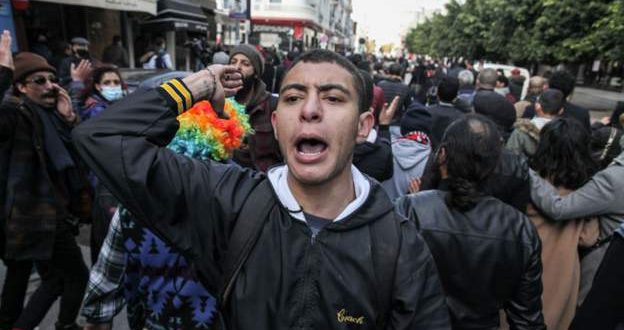 Tunisians resume demonstrations after the death of a protester

There have been renewed protests in a Tunisian town, Sbeitla, triggered by reports that a young man injured during clashes last week had died in hospital.

Soldiers were deployed to government buildings in the town after protesters tried to storm the town’s police station.

The family of the man, Haykel Rachdi, said he was hit by a teargas canister.

He had joined nationwide protests to mark the 10th anniversary of the Tunisian revolution, which ushered in democracy and triggered the Arab Spring uprisings across the region.