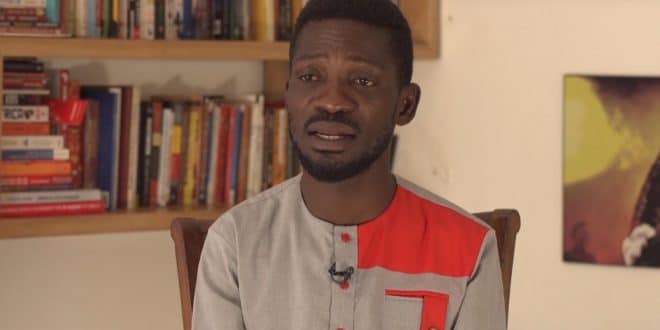 Robert Kyagulanyi a.k.a Bobi Wine Calls on the International Community

Ugandan opposition leader Bobi Wine urged the international community on Sunday to call for the lifting of his “house arrest” the day after the announcement of the disputed results of the presidential election that reappointed President Yoweri Museveni for a sixth term in office.

He also called for international sanctions against the President, the release of political prisoners, an international audit of the election, for “all nations to review their relations with Uganda and the restoration of the internet since reinstituted with social media access blocked and only accessible by VPN.

Wine, second with 34.8% in the poll which he denounced as fraudulent, affirms that no official charges have been brought against him and he is “under siege” by soldiers and police who have surrounded his Kampala residence preventing anyone from entering or leaving, with no food or access to his lawyers to launch legal proceedings.

Read more: A pastor sentenced to 140 years in prison for impregnanting his two daughters

Bobi Wine, whose real name is Robert Kyagulanyi, claims he has videos of ballot-box stuffing, soldiers forcing voters to choose or pre-checked ballots.

Unable to leave his home since he voted on Thursday, the former ragga singer believes the election was marred by fraud and constitutes a “complete masquerade.”