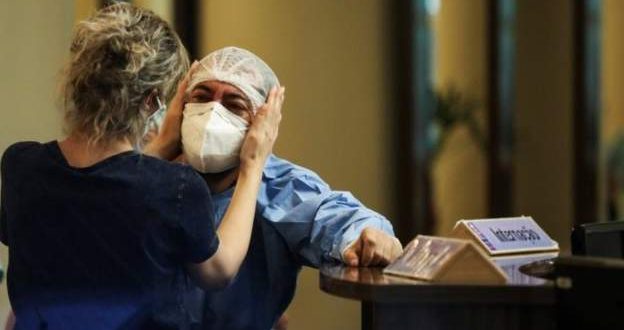 Covid-19: severe lack of oxygen in hospitals in Brazil

Jonathan Carreidas 15 January 2021 Coronavirus, In the news Leave a comment

Hospitals in the Brazilian city of Manaus have reached breaking point while treating Covid-19 patients, amid reports of severe oxygen shortages and desperate staff.

The city, in Amazonas state, has seen a rapid rise in deaths and infections.

Health professionals, quoted by local media, warned that “many people could die due to lack of supplies and assistance”.

Brazil which has recorded more than 205 000 virus deaths is the second-highest affected in the world, behind the US.

Amazonas suffered heavy losses in the first wave of the pandemic but is also being badly hit by a new rise in infections linked to a new variant of the virus.

Jessem Orellana, from the Fiocruz-Amazonia Scientific Investigation Institute, told the AFP news agency that some hospitals in Manaus had “run out of oxygen” with some centres becoming “a type of suffocation chamber” for patients.

In a widely shared video from the region, a female medical worker asks for help: “We’re in an awful state. Oxygen has simply run out across the whole unit today.”

“There is no oxygen and lots of people are dying” , she says in the clip “If anyone has any oxygen, please bring it to the clinic. There are so many people dying.”