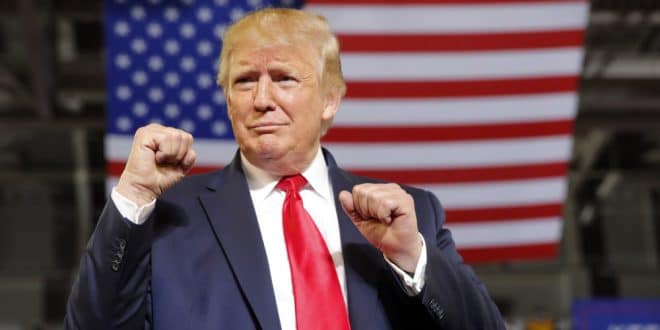 Donald Trump announced on Friday that he was intending to create his own social media platform. The announcement by the US president follows Twitter’s decision to permanently delete his account.

Ban Donald Trump from all social media platforms, and he will come back with his own platform. Banned from using Twitter, the American president plans to create his own social media.

“We have negotiated with various sites, and we will soon have a big announcement , while we also look at the possibilities of creating our own platform in the near future. We will not be silent! “Donald Trump told Fox News which indicates that the president has tweeted from the @Potus account, indicating that he was discussing the idea with other sites and that an update would be imminent.

The social medias giant said on Friday that tweets from the @realDonaldTrump account had been “permanently on hold due to the risk of further incitement to violence.”

An arbitrary decision, judges Donald Trump who refers to section 230 of the Communications Decency Act, a law that prevents tech companies from being held responsible for what users post on their sites.

“More and more servers are being created as we speak. Record the traffic. Remember that we own our server hardware, it’s not as easy as pushing a button on cloud hosting. We cannot be banned from the servers we own! Please wait. God is in control ”, said the company founder and CEO Andrew Torba, who is a Trump supporter.

Like what, even banned from Twitter, Facebook and Instagram, Donald Trump has the means and the people he needs to come back in his own way in a world where technology is held by the men of the system.