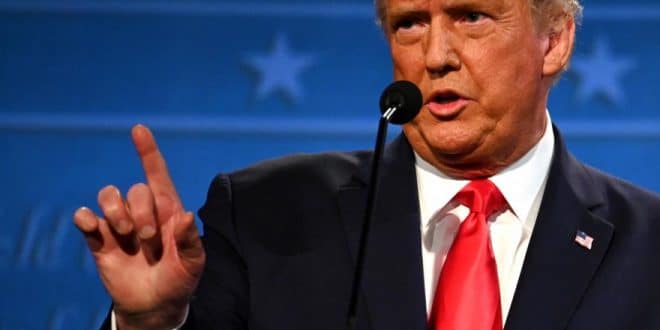 United States: A wasted polemic around a decision of Donald Trump

Donald Trump’s day are counted in the White House. On 20th January the most decried American President will give the oval office to Joe Biden, elected 46th president of the united states.

It’s a tradition in the United States. At the end of November, every year, the President pardons a poultry so that it will not finish in the plates of traditional diner of Thanksgiving. In addition to this symbolic gesture, Donald Trump who will have to leave the White House has decided to thank some associates.

Thereby, has he decided to pardon his former campaign Director, Paul Manafort and his former adviser Roger Stone. The two interested are implicated in the investigation on the suspicions on the famous Russian interference during the 2016 presidential election

Donald Trump has also pardoned the father of his son-in-law Jared Kushner. In fact, Charles Kushner was sentenced for tax malversion in 2004. In addition, four ex-agents of a sulphurous private security society were also pardoned. This decision particularly, makes teeth creak in the country because the concerned went guilty of the murders of Iraqi civilian in 2007. Their Boss of the time is also a fierce support of Donald Trump.

Since his elections at the head of the world’s first power, he has never been unanimous at least in the elite. His only mandate is the most eventful and the most decried. Regularly, anti-Trump movements were observed in the United States with in the first line, some famous singers and some Hollywood actors molded in the politically correct and who do not support to be directed by a President who violates the codes and conventions established by the society.

The controversy generates by the presidential pardon granted to the ex-agents, suspected to have killed civilians in Iraq is all more incomprehensible that, before Donald Trump , Barack Obama has , under a recommendation of the United Nations Security Council, declared the war to Libya of Muhammad Al-Khadafi, which turns literally the country into powderfish and a colander for djihadist terrorism which deploys his tentacles vertiginally through west Africa, without being touched by  these ”great human right defenders”.