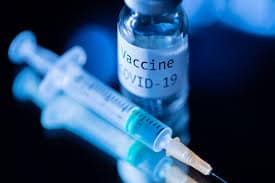 ”The vaccine against Covid-19 is morally acceptable”

Since the beginning of coronavirus pandemic, researches were done to find out a cure to the virus. Every country can now cry for joy. Being a Christian community supposed to comment on the discovered vaccine, Vatican has given his viewpoint.

For the Pope’s house, this vaccine is “morally acceptable”, declared the faith Doctrine of this State directed by the Catholic church, although the vaccines are produced from cell lines of two aborted fetuses in the years 1960.

It is “morally acceptable to use anti covid19’s vaccine which use cell lines of aborted fetuses in their of research and production process”.

In the case of the actual pandemic, all the vaccines known as clinically safe and effective can be used staying conscious that the use of these vaccines does not mean a formal cooperation with abortion from which cell lines are derived from which vaccines are produced.

It’s the congregation of the faith Doctrine that affirms it in a note signed by the Prefect, the Cardinal Luis Ladaria, and the Secretary, the Archbishop Giacomo Morandi and explicitly approved BY Pope Francis on Thursday 17th December 2020, relayed by the Vatican News.

Once announced, every country is getting ready to launch the vaccination campaign.

But it’s clear that a doubt hangs around ethic. It is morally effective to accept the injection of this vaccine so awaited. This question which comes up every time is now removed by the Vatican. The doctrine of faith which consider this vaccine as morally acceptable.

Thereby, the congregation of the doctrine of faith defines as a ‘’moral imperative’’ to guarantee effective and ethically acceptable vaccines, accessible “even for very poor countries and in a non-binding way” because the inaccessibility to vaccines would become another way of discrimination and injustice, as reported by Vatican Wews.