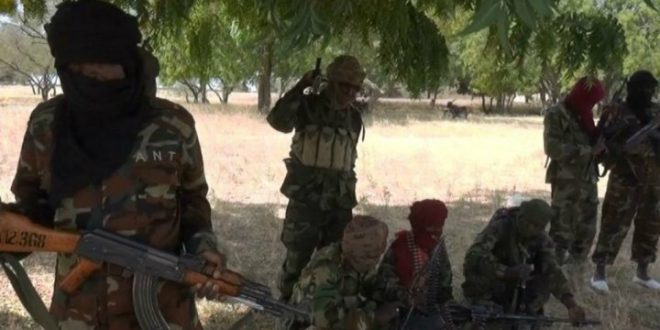 In Nigeria, about twenty Christians were killed in the week the day before Christmas, whereas three Christian leaders were kidnapped by armed members of three Muslim Fulani tribes, that multiply attacks against agricultural community of Kaduna’s state. Chronology of attacks against the Christian’s community during December.

According to a report of Christian solidarity worldwide, on 24th December, armed men Fulani have beaten ruthlessly reverend Luka Shasho of the “Assembly of God”, before kidnapping his wife Jumai Luka in the district of Ungwan Waziri in the center of Kaduna State.

On 21st December, more than 100 armed men have attacked the Gwazanu community in in the gwagwada, the district of the local government of Chikun et have kidnapped reverend Thomas James of the Baptist church of godiya gwazunu.

The same militia has attacked the community of Gbadja et killed eight persons. Four others would have been hurt by bullet, has declared CSW

Assailants of the Fulani ethnic group have kidnapped the reverend Luka Dani of the evangelic church Winning all after having attacked the Galumi community in the same district at Gwagwada.

On December 17, Fulani men killed 10 people, five of them were from the same family. They also torched 18 houses in the village of Gora Gan in the Zangon Kataf local government area in the Atyap chiefdom, an added CSW.

On December 21, the Ikulu Traditional Council, a local body, warned the director general of the Zagon Kataf Local Government Council that a school managed by the government in Unwan Gimba was being used as a base by non-identified armed men.

“The urgent and deteriorating situation in Kaduna should not be forgotten, nor should the religious element of these attacks be dismissed,” said CSW founder and chairman Mervyn Thomas. “The authorities must develop a comprehensive security plan that takes into account the different dimensions of this security crisis, in the middle of signs that the violence is not only continuing but has spread to other areas as well.”

The CSW inputs the renewed attacks on “inadequate official intervention to fight against violence by Fulani armed men against Christian farming communities in central Nigeria, and a concomitant proliferation of small arms.”

In a report released last week, the Nigerian International Society for Civil Liberties and the Rule of Law revealed that the country’s government lists murders of Christians by radical Islamists as having “other causes.”

The report says that since 2009, 34,400 Christians have been killed by radical Islamists, of whom 2,200 were killed last year. Radical Muslims also killed about 20,000 moderate Muslims.

The leader and founder of the inter-company, Emeka Umeagbalasi, said the Nigerian government told the media that shepherds from the Fulani tribe were moving south, fleeing desertification and killed in conflicts with local farmers. However, Christian activists say Fulani tribesmen are traveling south because they are radical Islamists looking for Christians to kill.

In June, five of Nigeria’s major Islamic groups allied in order to rise up against Christians.