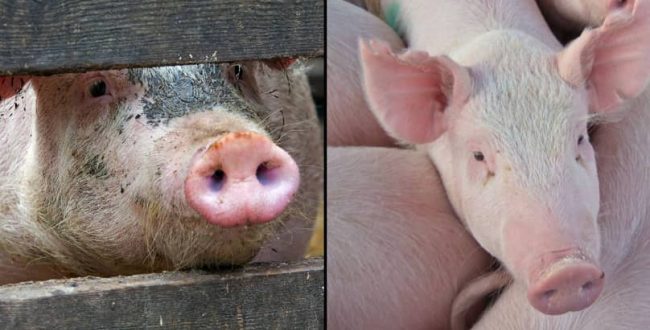 A pig killed a butcher in Hong Kong

Elise ATAYI 2 weeks ago Asia, In the news, Society Leave a comment

A 61-year-old butcher was killed by a pig while attempting to slaughter it at the Sheung Shui slaughterhouse in Hong Kong, according to reports.

“The butcher was about to kill the pig which he had already shot with an electric stun gun when it regained consciousness and knocked him over,” police said.

“He was found by a colleague unconscious with the cleaver in his hand and a wound on his left foot,” police said.

He was taken to hospital and was later certified dead.

The police force said the cause of death has yet to be determined and an investigation had been launched.

The city’s Food and Environmental Hygiene Department, which manages livestock slaughterhouses, offered its condolences to the man’s family in a statement.