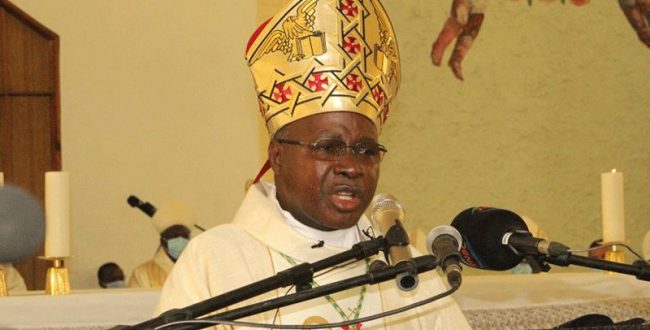 “Church is for worship not gyrating” – Zambia Catholic bishop

A Catholic bishop in northern Zambia has urged his congregants to avoid “gyrating” too much during mass because such dancing may encourage other people to sin.

Ndola Bishop Benjamin Phiri says he is concerned about the manner in which some worshippers dance during Mass.

He has called for regulation and self-control on how people express themselves in church.

He said singing and dancing in church was not for entertainment purposes and should be different from the dance in pubs and nightclubs, state-owned Zambia Daily newspaper reported over the weekend.

“Do not gyrate too much because at the end of the day, someone will start admiring the other and then, they will end up having thoughts which are not of worship,” he added.

Bishop Phiri said liturgy in church should not be turned into entertainment because the church was meant for worship.