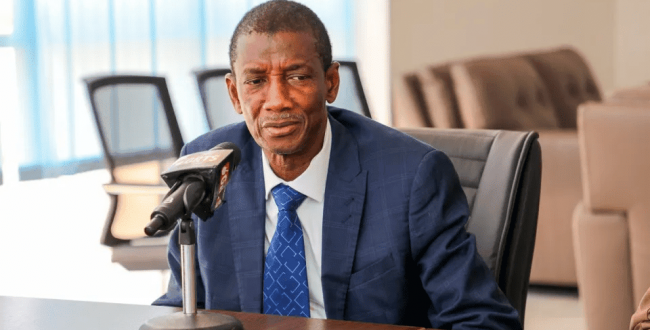 The Gambia’s President Adama Barrow has declared seven days of mourning following the death of Vice-President Badara Alieu Joof at the age of 66.

Mr Joof died in India after a short illness.

He was thought to have been receiving treatment there, but the government has not confirmed this.

Once his body returns, it will lie in state in parliament until his funeral, local media reported.

No date has been set for his funeral.

A government statement described Mr Joof as a “scholar of profound intellect”, and an “honest Gambian who spent his entire life trying to improve the lot of mankind”.