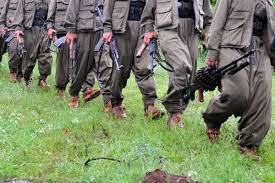 Nine members of all women jihadist gang jailed in Tunisia

Tunisia has jailed nine members of an all-women terrorist gang accused of plotting to assassinate a government minister, according to reports.

Two of the ringleaders were jailed for 25 years, while the other seven were handed sentences ranging between three and 14 years.

Tunisia experienced a series of jihadist attacks that killed dozens of people including numerous security personnel and foreign tourists.

The authorities say they have made major progress against jihadists in recent years.

The justice minister declined to give further information on the case.