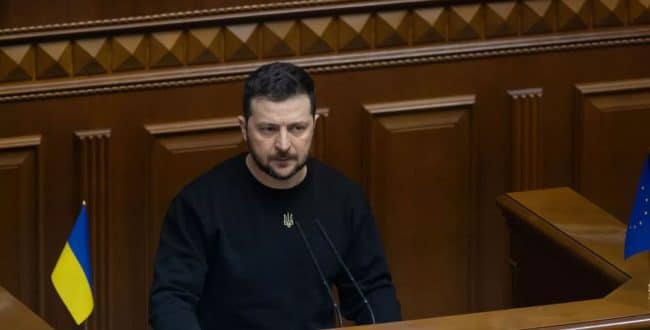 “There will be no Third World War”- Volodymyr Zelensky

Ukrainian President Volodymyr Zelensky, whose country has been facing Russian invasion for nearly a year, delivered an optimistic message to the Golden Globes audience, saying the world will not experience a third war.

The president appeared on the giant screen of the Beverly Hilton in Los Angeles where the award ceremony was taking place, to deliver this optimistic message.

Sean Penn, who has spoken several times to denounce the Russian offensive, presented the Ukrainian president’s short speech. He then drew a parallel between this 80th edition of the Golden Globes and the very first, in 1944:

“World War II wasn’t over yet, but the tide was starting to turn, and everyone knew who was going to win. New battles and new tears were coming, and that’s where the Golden Globes were. created, to reward the best actors of 1943,” he said.