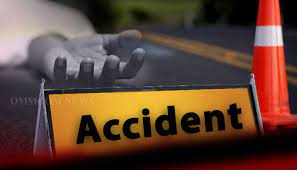 Man died and his family injured after accident in Ghana

A man, traveling with his family, died in an accident when his vehicle collided with an oncoming truck, with a foreign number, on the Cape Coast-Elmina stretch of the Accra Highway, according to reports.

He was reportedly driving his nephew to the Kotoka International Airport in Accra and was about two kilometers from his home when the accident occurred at Abakam, near the University of Cape Coast.

“The man was blinded by the light of the truck, leading to the accident,” according to an eyewitness.

His wife and children who were injured are being treated at the Cape Coast Teaching Hospital.

His body has been deposited at the morgue.

The accident was confirmed by the police.