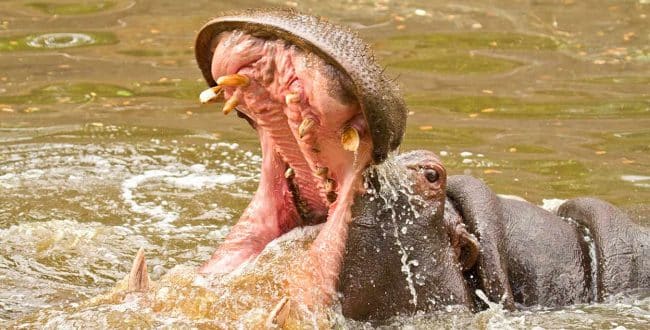 Uganda: 2-year-old boy survives after being swallowed by a hippo

A 2-year-old boy mysteriously survived a hippo attack in Uganda after the animal swallowed half his body while he was playing in his home in Rwenjubu cell near Lake Edward, according to reports.

It took the bravery of a good Samaritan to save the victim by stoning the hippo and scaring it.

“The Hippo had already swallowed half of the victim’s body but spat him out,” according to the police.

This is the first time a hippo has strayed from the lake to attack a young child, according to the police.

Hippopotamuses kill an estimated 500 people a year in Africa.