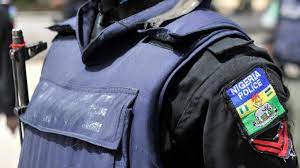 The Awutu Bereku Police Command in the Central Region has arrested a 28-year-old fake service officer at a checkpoint while on his way to Winneba, Ghana, according to reports.

The suspect was driving a vehicle and was signaled to stop but failed over claims he was an officer.

However, he succumbed to pressure and upon interrogation, maintained he was a policeman.

The suspect wore a uniform with the name tag “Laryea.”

When he was asked about his service number he could not give it and later confessed he was not an officer but it was his friend’s uniform.

“The suspect without hesitation removed sim cards from his phone and chewed it in front of the police to avoid tracking his activities,” according to Adom News.

The suspect has been detained for further action.