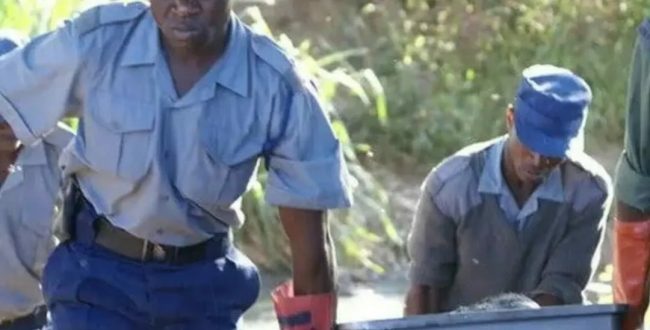 Zimbabwe judge hanged himself after killing his wife

A 36-year-old judge who was declared wanted by the police over the brutal murder of his wife, hanged himself in a church in Zimbabwe.

He strangled his wife to death with his bare hands and went on to rape her corpse in front of their children, a 12-year-old daughter and a seven-year-old son.

A police spokesperson, who declared the Judge wanted, said the suspect and his wife were reportedly having marital disputes which forced them to sleep in separate rooms.

His body was thereafter discovered hanging from the roof of a church in Bulawayo’s Cowdray Park suburb.

“His body was found hanging from a metal roof truss at a local church in Cowdray Park,” the police confirmed.

The police are also treating his death as suicide.