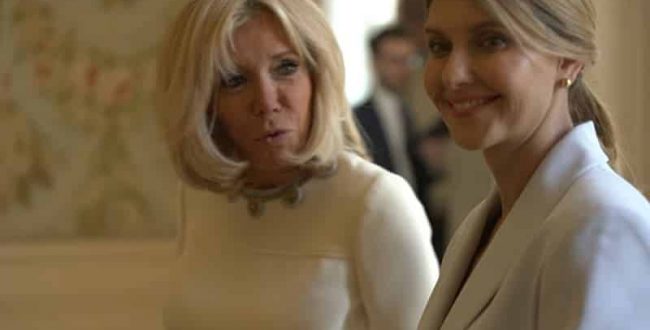 The Ukrainian First Lady is due to meet her French counterpart Brigitte Macron at the Élysée on Monday, local media reported.

This is Olena Zelenska’s first visit to France since the start of the war in Ukraine.

The two first ladies met in September on the sidelines of the UN General Assembly in New York.

They had discussed the reception of Ukrainian children and adolescents so that they can continue their cancer treatment in French hospitals and the schooling of young Ukrainian refugees in France.

Since the beginning of the war, Olena Zelenska has multiplied actions to defend her country against Russia. This includes, for example, raising awareness with her more than three million subscribers on Instagram, where she regularly posts the stories of Ukrainians affected by the conflict.